Soufflet is a French, family owned, foods group of international scope. It operates in particular in the barley, wheat and pulses sectors. The biggest family owned on-farm buyer of cereals in Europe, it also operates on the international cereal markets through its Soufflet Négoce subsidiary.

In barley, it is a major operator on the world malt market with twenty eight plants in Europe, Asia and South America.

In wheat, it is one of Europe’s top millers with eight mills in France and Belgium. It is significant manufacturer too of plant bakery goods in France and Portugal, and also operates on the fast food market. 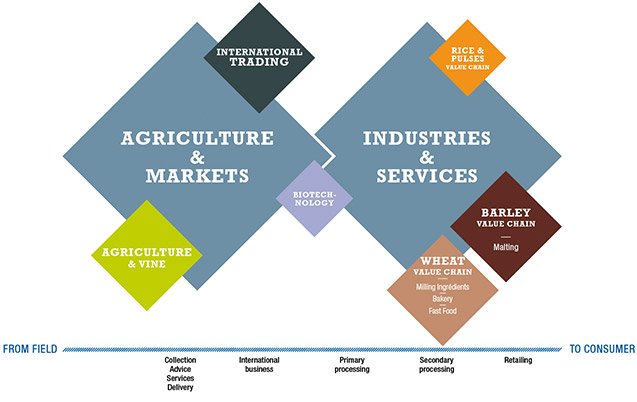 Learn more about our activities.
More