Both machines are manufactured in France at the factories of Sulky which is already known by Ukrainian farmers as a producer of fertilizer spreaders. In 2012, Sulky created a new brand - SKY in partnership with French farmers and company - SKY Agriculture, led by David Guy, a farmer and engineer at the same time.

Why Ukraine and why Soufflet Agro? We had a choice - which way to go? There are a number of machinery dealers operating in Europe and in the CIS area, and there is French Soufflet Group, which promotes a range of services in this region: seeds, chemicals, and fertilizers. We are convinced that sale of machinery without agronomic basis and without technology - is practically impossible. And when I learned that there is SOILTEQ Club in Ukraine to promote the technology of cover crops, a similar to what I created in France - it finally brought us closer.

When I go out on the field, I'm primarily interested in how the plants feel. This is the key to final result, and in general, it does not matter what is the color of machinery which provides good conditions for plants. Any machine (seeder, cultivator, etc.) is just a tool to perform certain operations. When the farmer starts thinking what equipment to buy – he imagine traktor at the first place. However, let’s be honest, the tractor does not do any work. Trailer and hinged aggregates also do not grow crops - they only perform certain operations that help in the process of cultivation. And the main work is done by the plant itself, that’s why we need to make first accent on the plants.
Apparently this has become an impetus for our concept - not to sell machinery, but to give farmers the opportunity to earn more money with the technology of cover crops and SKY. That is, it is an integrated solution that can simultaneously solve several problems: to improve the quality of the soil and increase the yield by sustainable investments in fertilizers, seeds and CPP. Already in 2018, few demo fields will be set in Ukraine, where SKY sowing machines will be shown, and at the end of the season farmers will be able to see real results. And this will be a yearly practice, that the results can be seen not once, but - systemic.

The MaxiDrill and EasyDrill machines are able to work on the fields with any type of basic soil tillage: plowing, mini-till, strip-till, in addition - they can sow directly into cover crops.

Thanks to many constructive solutions, SKY sowing machines prevail over existing analogues in Ukrainian market.

For example, seed sections of both machines are equipped by the disk-anchoring system. The coulters are equipped by a blowing elements, and due to the two-point mount, there is no vertical vibration of the coulter. The angle of the disk of the seeding element is 3.5 degrees, and the precision of the depth of the seed is controlled by the clips and the hydraulic cylinder.
Thanks to an additional pair of wheels, the machines can be transported fully loaded.

The wheels of the machines are joined in pairs, which reduces the pressure on the soil by 25%, and also allows these pairs to be changed rapidly if necessary, since they are not mounted on the same axis.
Sowing machines can be aggregated by a tractors with a capacity from 200 to 300 h.p., which is their additional advantage.

Moreover, the risk of injury to seeds in both sowing machines is eliminated by the mechanism of inhibition of air flow precisely before release - the seed is not fired under high pressure, but falls under its own weight. 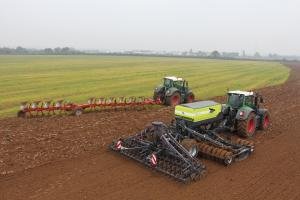 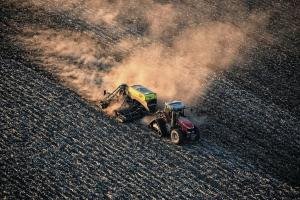 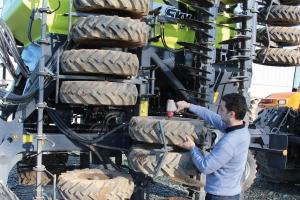 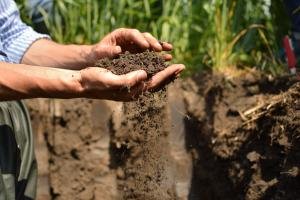 In 2015 Soufflet Agro Ukraine has launched the Club SOILTEQ which is focused on improvement of soil fertility. This Club is an analytical union of farmers which are interested in sustainable farming technologies and are searching for the ways to optimize production costs.
During the meetings of the club, we study methods of fighting against water and wind erosion, compaction, asphyxiation (oxygen starvation) of the soil, dissolution of organic matter and reduction of its value in the soil etc.

Guided by the experience of European farmers in the fight against these factor, we started production of cover crops mixes, intended to improve soil fertility through the accumulation of nutrients, symbiotic fixation of nitrogen and stimulation of biological activity of the soil. In addition, they help to control the spread of weeds and insects due to the phyto-sanitary effect – the failure of the development cycle of insects and reduction of weeds due to the soil cover.

Moreover, cover crops have numerous economic benefits and most important – they improve the soil structure by root system, limiting of unproduction evaporation out of unprotected soil and reduction of soil density.

Today we have 3 mixtures in our portfolio – MikAZOTE, MikaPLUS and MikaFROST. Their components are selected to ensure fulfillment of the task to improve soil fertility in conditions of a different technology and different crop rotation.

After 2 years of activity of SOILTEQ Club we found a sowing machine, designed especially for sowing into cover crops – still vegetating or destroyed by mechanical or chemical method. 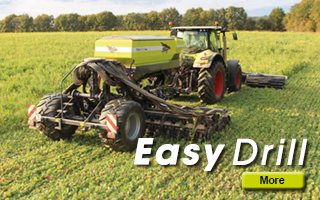 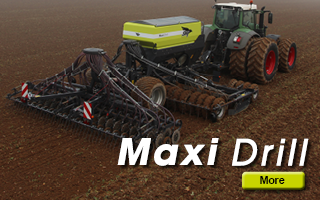 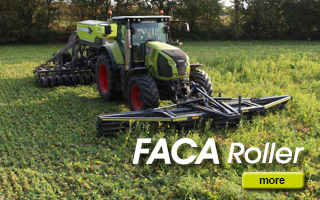